The Parse integration is a bi-directional integration that enables the automatic tracking of events from Parse to Taplytics and the ability on iOS to push Experiment and Feature Flag data from Taplytics back into Parse.

The Parse integration allows you to leverage the same client-side events being sent from your App for Goal Creation on the Taplytics platform. These events will automatically flow into Taplytics and will be visible in the Code Event dropdown. For more information on goal creation, please see here. 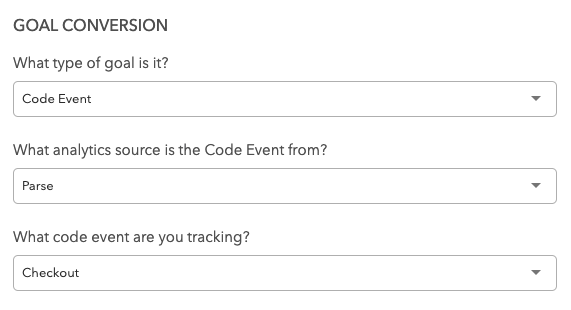 The Taplytics SDK can automatically push Experiment and Feature Flag data back to your Parse instance so that you may continue reporting on your desired analytics platform.

To enable this feature, turn on the Parse toggle in the Push Experiments to Analytics Sources section located at the bottom of the Settings page. 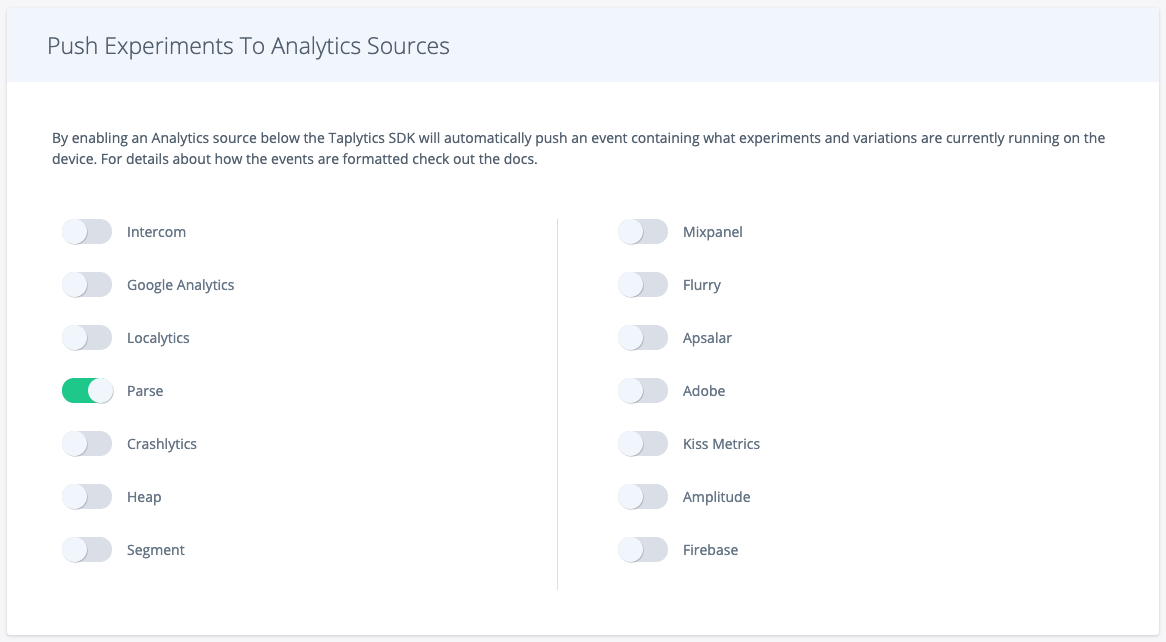 Taplytics logs experiment/variation events to the Parse SDK as follows:

Updated over 1 year ago

Did this page help you?