Taplytics offers an API based solution to run experiments on your project. This is a quick overview on how to implement code-based experiments using Taplytics Universal API without any SDKs.

Note: These instructions assume that you have done the following:

The steps to create creating a code experiment powered by Universal API, would be to click on Create New Experiment, and then navigating to the Code Blocks and Variables Section as indicated below.

Ensure that your naming convention for your code variables and its data type match exactly what you have in your backend logic for us to recognize users that qualify for an experiment, so we're able to help deliver to only those user who qualify according to the segmentation you set.

Be sure not to select a platform to target in order to leverage Universal API server-side experiments.

Another thing to note is if you are using the same project as your mobile or web experiments, you might notice some redundancy in naming convention, so make sure you have distinct code variable names and have the matching data type to what you have in your back end logic.

One of the great parts of Code Variables is that you can set values of variables outside of the code. You can then push them to your app to do fun things like deliver in-app messages or adjust values for game dynamics.

To get started with variables just click the "Create a Variable" link in the Inactive Variables section.

Code Blocks are like Code Variables except they only have two states, an ON or OFF. Any code put inside a code block will only be executed if the variation is ON.

To get started with code variables, just click the "Create a code block" link in the Inactive Variables section. 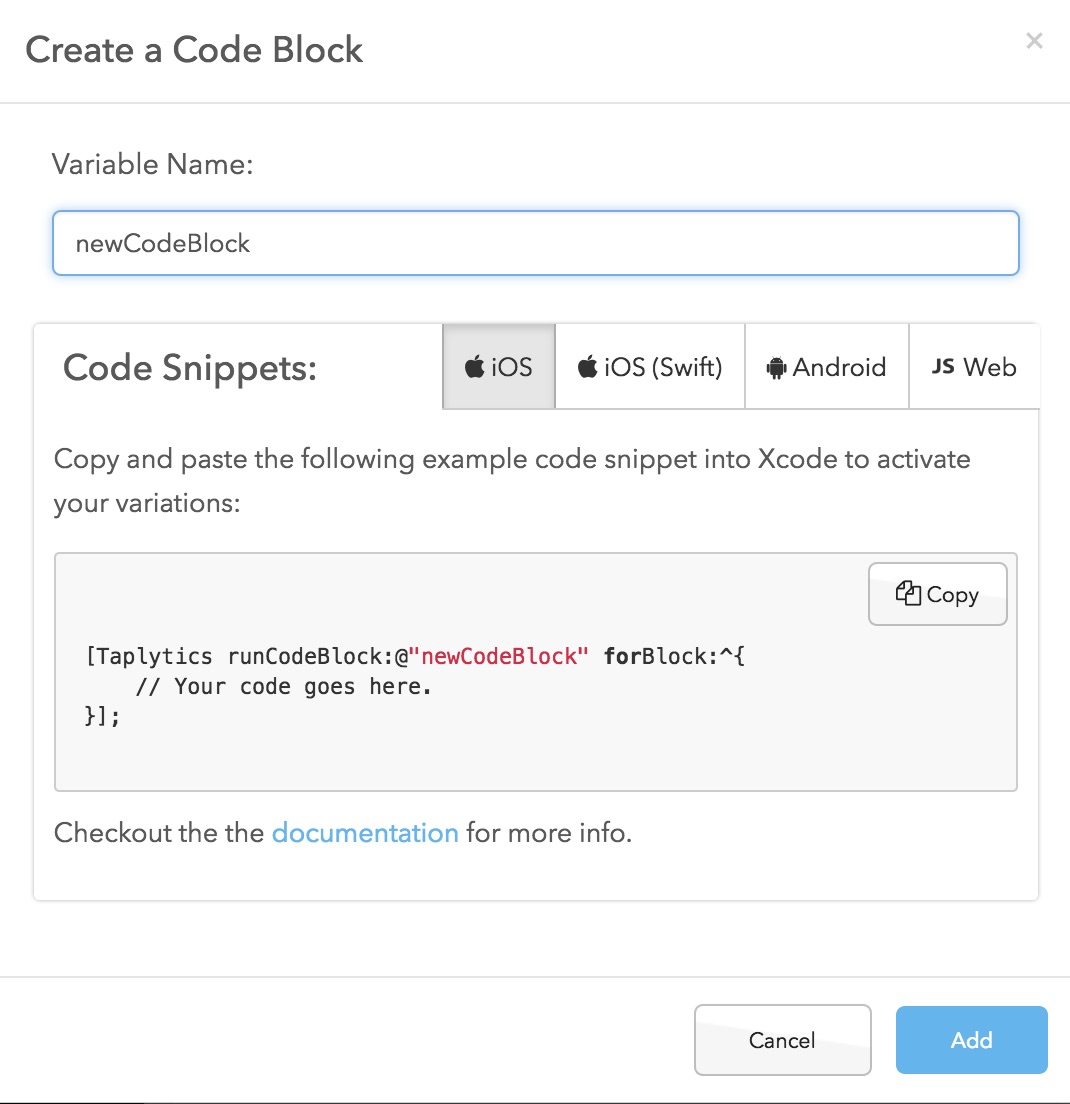 You can add as many variables and code blocks as you'd like. To adhere to best practices, give each a descriptive name and an appropriate value.

Your new variable or code block will now appear under "Inactive Variables" - press Enable to make it active. This will then populate the "Code Variables" section, where you can begin to create your variations.

Like our Visual A/B tests, you can create as many variations as you'd like. Just click the "Add Variation" button on the right-hand side of the screen.

Once you have the number of variations you are looking to use, give each of them a descriptive name so you can keep track of them easily.

What's next? Move to the Goals tab or start creating goals!

Updated about 2 years ago